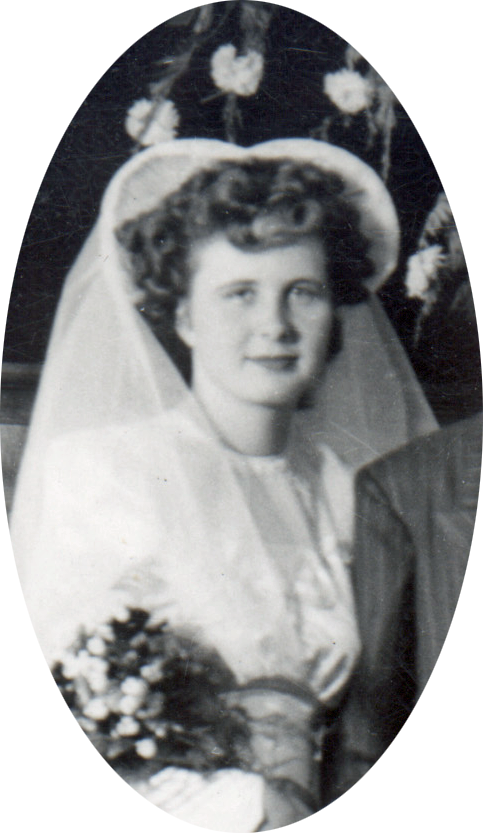 Myrtle Marie Mullin, affectionately known as “REE”, passed away March 17, 2021, at the age of 91 years old at the Valley View Nursing Home in Glasgow, MT.

Ree was born January 5, 1930 in Yates Center, Kansas to Martin and Myrtle Lake, she was the eldest of six children. With fiery red hair she was very active singing in solos, duets, trios and acted in many plays throughout school. Ree was Valedictorian of her 8th grade class and would have graduated Valedictorian if it wasn’t for a serious illness. Ree loved cooking and baking, she worked at the school with her sister Elmyra and they were exceptional cooks, she also worked at the M&M Cafe. Ree did all the donut making for the basketball games in Lambert, and when she was busy with 4-H she was the 4-H Cooking Class Teacher. Cooking was definitely her passion.

Ree met the love of her life, Murten Keith Mullin and they were married June 1, 1947 in the Lambert Lutheran Church. They made their home 8 miles North of Lambert. As a homemaker and mother of six children, raising chickens, turkeys and geese, she would often express these were the happiest days of her life! After the death of her husband and son on June 9, 1966, in a terrible accident- her life changed forever. Ree decided to move her children to Culbertson to finish school.

Living in Culbertson opened up a whole new world and Ree married Duane Miller on Dec.7, 1973, and helped raise his four boys, David, Ryan, Loren and Mark Miller who joined Gail, Karla, Julie and Randy. While in Culbertson Ree worked as a Bar Manager and took many religious education classes to start her own ministry and work as a Christian Psychologist. Ree was devoted to her family, friends and grandchildren. Ree had a deep love for animals, she cared for strays and homeless pets along with her own special dogs that went everywhere she did. Her dog “Tykie” will go down in our family history, for that, is the reason Ree was called Grandma Tykie.

Great-Grandchildren were so special to her, she wanted a relationship even though her health didn’t cooperate. There were swimming lessons in Culbertson where we would go to Grandma’s house afterwards and she would be waiting for us with a special meal. We wished swimming lessons would go on forever. In our family there was love. Ree eventually moved to Glasgow to be with her sister and spent her time with Rodney and Charlotte Larson and family. There was much laughter and love spread throughout the household. As Ree’s health declined she was transferred to the Valley View Nursing Home, where she remained until her passing. Ree was kind and generous to everyone, she helped many people so that they could succeed and be successful. Our memories and love of Ree will live in our hearts forever.