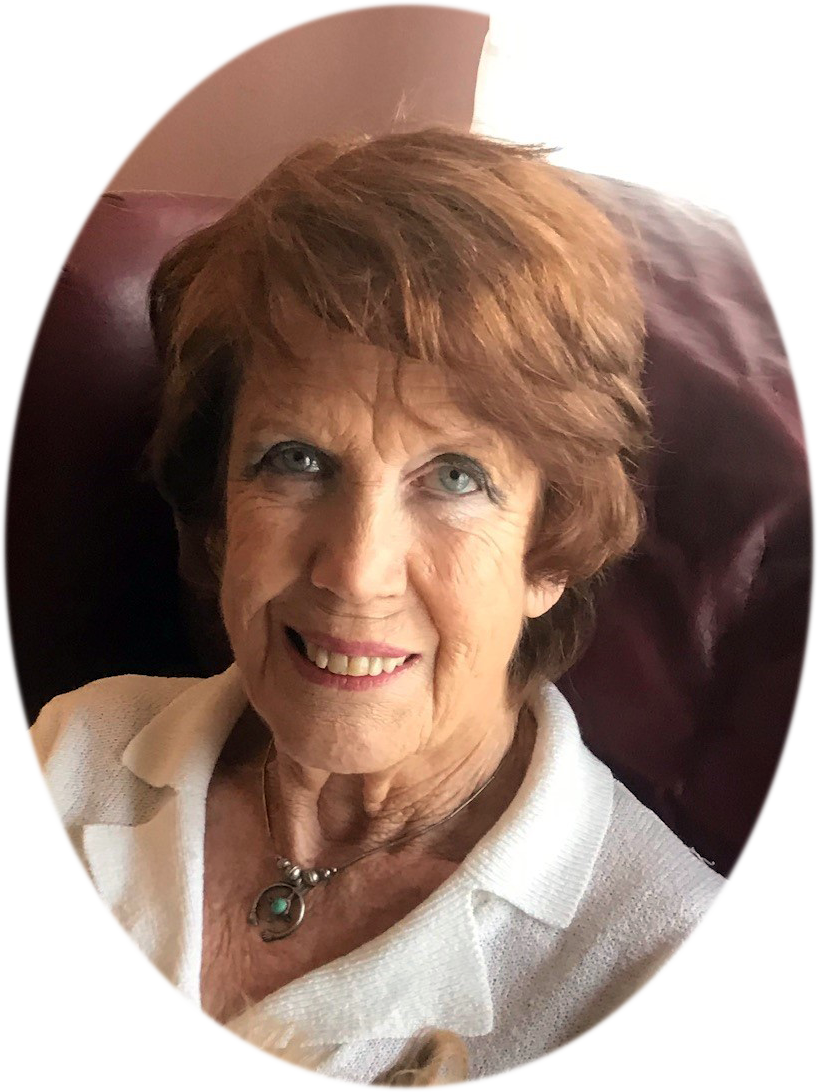 Mary Joanna Shelton was born on March 29, 1937, the year the Ohio River set record high levels.  Lonnie and Ruby (Freals) Wren rowed to safety from Shawneetown, Illinois to a distant shore and highway where Ruby was rushed to Eldorado, Illinois.  There Joanna was born.  She was their only child.

A decade later her parents moved to Bartonville, Illinois where they both worked for Keystone Steel and Wire.  To her many friends the long legged, freckled faced girl was known as Jodi.  They became lifelong friends, the sisters and brothers she did not have.

When she was sixteen she visited on the Bradley University Campus with her Aunt Eda.  There she met her future husband, Robert J. Shelton.  She spotted him from a distance and turned to Aunt Eda and announced that he was the man she was going to marry!

They married two years later.  Soon after they moved to Montana where they made a life together for a wonderful 66 years.

Joanna had three children:  Monte, Scott and Suzanne. She was a wonderful mother.  Many fond memories of her reading books by the fire, sharing with us her love of art.  She was a wonderful potter.  Her pottery was sold in several states.  You are a lucky person if you have a set made by “Ojeanna”. She shared the unusual connection she had with people, children and animals.  She was our everything.

She lived with her family for many years on the Bitterroot River in Missoula, Montana.  The house was always filled with good friends, great meals and laughter.  Joanna had an easy, outgoing way and was a good friend, especially to those who needed one.

Bob’s career took them to Wyoming and the Pacific Northwest. Joanna always made wherever they were home.  She has many friends across several states that feel her loss.

She was Grandma to granddaughters Kristin and Ashley.  They lived in the same town in Wyoming when the girls were young.  Joanna was a block down the street.  She watched the girls grow up.  She attended their school functions, had Christmas and Thanksgivings together.  She was even a very scary witch for Kristin’s Halloween class party one year!  They will always remember her zest for life, her love and the many adventures they had together.

During her time in Wyoming she hosted foreign exchange students Carlos, Julio and Federico.  They were brothers who came to live with them for high school.  They became family.  Joanna was their “other mother”.  They got together often as adults and shared their wonderful families with her.

Her favorite name was GiGi and her great-grandchildren Vincent, Gabriella and Oliva called her this.  Not your typical great-grandma, she spent many hours playing and laughing with them.  One of her greatest joys was helping care for Oliva for her first year of life.  GiGi looked back on it as an honor and pure joy.

She was an artist, a mom, GiGi, grandma, a wife and friend.  Most of all she was love.

She was preceded in death by her son, Monte.  She missed him and we are certain that they are now together.  A family gathering is planned in the spring in Stevensville, Montana.  It was her favorite time of year.  She will be put to rest with her parents and Monte.