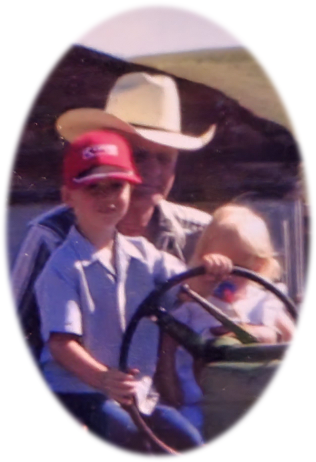 Kermit O. Flom, age 79, of Nashua, passed away early morning Dec. 11th, following a battle with lung cancer. Kermit was born Nov. 26, 1942 in Glasgow to Julius and Olga Flom, 1 of 10 children raised in Nashua, MT. He met and later married Sharon Gilman, June 20, 1966. They had one son, Jody. Kermit was proud to be a member of our National Guard, he worked civil service at the Glasgow Air Base from 1966 to 1968.  From there he started his career with the Corp of Engineers, at Fort Peck, until he retired in 1997.

He worked at the Glasgow Stockyards on sale days after his retirement for 17 years. Kermit was known for his custom haying. He took great pride in putting up quality hay and didn’t mind putting in the hours to produce it. He always had cattle and loved a good horse. He had some great stories of his younger years of breaking colts and working on ranches with some great cowboys and great friends. He was also a great mechanic and welder- a jack of all trades you might say. Kermit took great pride in his grandkids, Harley and Paige and watching all their endeavors.

Kermit is survived by his wife of 55 years, Sharon; his son Jody (Elaine) of Billings; his grandchildren, Harley and Paige; his sisters Phyllis, Karen, and Jackie; and numerous nieces and nephews.

Per Kermit’s request, no public services will be held.