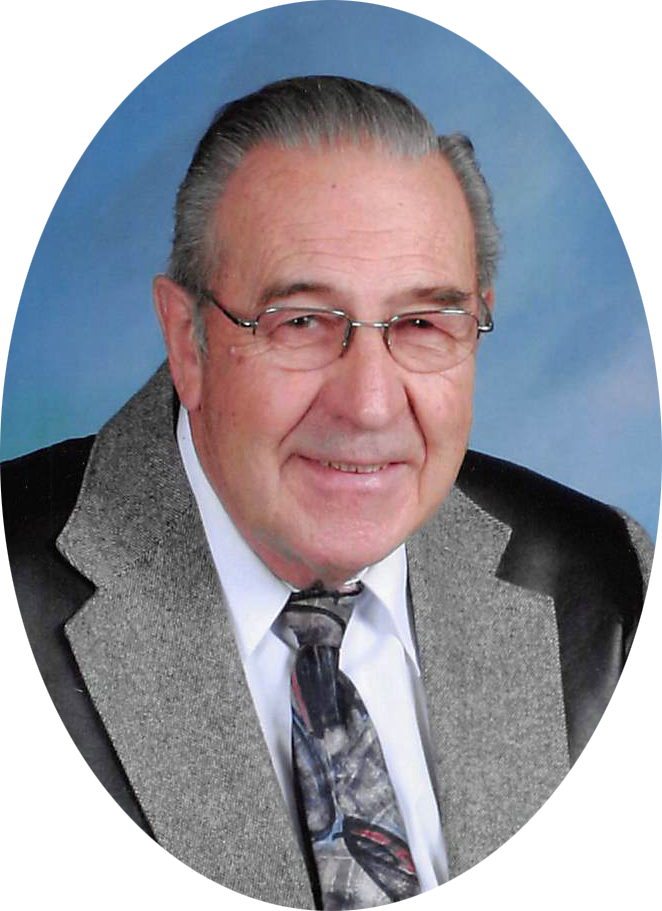 Born in Springville, UT to Jessie and Harvey Bryan, Sr. on April 19th, 1929, the family relocated to Wolf Point, MT in 1936 and Keith made the small town of Wolf Point his home. He was a graduate of Wolf Point High School and received a business degree from the University of Jamestown, ND.  While attending the University of Jamestown, he met the love of his life, Mary Joan (Jo) Whitten.  They were married on March 5, 1951. Keith and Jo went on to raise four children together in their beloved small town of Wolf Point.

Keith was a pillar of his community and involved in many activities, including years of refereeing High School football and basketball games for the local school.  He was active in his church, served his community as Mayor, and enthusiastically supported numerous local organizations. Keith was a life time member of the Elks Club, frequently served pancakes with the Lion’s Club, worked on various Stampede Committees to promote successful events in Wolf Point, and supported small businesses whenever he could. He lived a life of generosity, service, and selflessness.

Keith was a proud supporter of the Shriner’s Hospitals for Children and shared their incredible mission with others who were in need. He was a member of the Al Bedoo Clown Brigade and served as Potentate of the Al Bedoo Temple in 1980. He loved children and bringing smiles to their faces.  His grandchildren have fond memories of sleeping in grandpa’s lap, boating and waterskiing with him at the lake, playing in his clown car in the Stampede Parades, swinging on the tree swing in the backyard of the home he built with Jo, and riding in the back of his El Camino to the Tastee Freez to get a summer ice cream cone.

One of his greatest passions in life was his local business on Main Street, Bryan’s Family Clothing and Shoes.  Bryan’s was originally established by Harvey Sr. in 1942. Harvey Jr. and Keith took over operations and were partners for several years before Keith purchased the business to run independently. Keith took pride in providing necessities for his small community and his ability to meet their needs. He could always be found straightening the wranglers on the shelf, sizing individuals for the perfect fit, or lacing up a new pair of shoes for an eager customer. He worked at Bryan’s daily well into his 70’s.  He retained ownership until his death with his daughter, Jan, at the helm. The pride he had in each of his businesses throughout the community could be heard in his stories of the many happy customers, new trends that he saw at market, or what products he brought in for the community. After 78 years in business, Bryan’s continues to be a staple in the community of Wolf Point and will forever be a part of Keith’s successful legacy.

A celebration of Keith’s life and legacy will be announced and held at a later date. In lieu of flowers, to honor Keith and his family, please send donations to the Wolf Point Museum at 203 US-2 Wolf Point, MT, 59201 or to the Shriner’s Al Bedoo Temple at PO Box 20673 Billings, MT 59104.