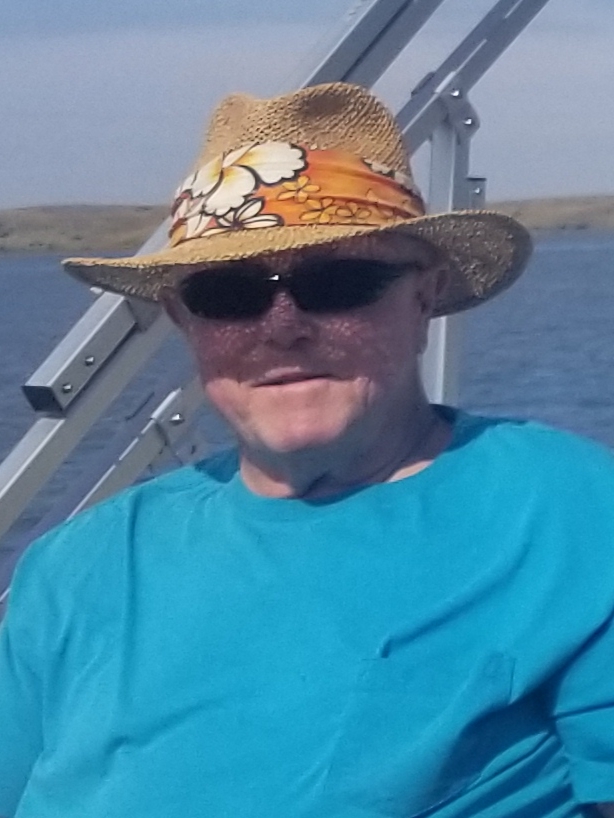 Gregory Eugene Speer passed away peacefully at his Fort Peck home. The home filled with years of memories and love with his wife. Greg loved his home in Fort Peck and he wouldn’t have wanted to be anywhere else in his last days.

On June 11th, 1951, Greg was born in Conrad, MT to Robert and Dorothy Speer. He was the middle of three siblings. His childhood was filled with moves across Montana as his father was a highway patrolman. He grew up enjoying horses, motorcycles, and swimming. He enjoyed hunting and fishing with his family. He would even go with his mom, Dorothy, if his dad was working. Greg graduated High School in 1969 from Simms, MT.

On December 21st, 1973, Greg met the love of his life, Rose, at a Christmas Party on the Glasgow Airbase in Saint Marie. After hitting it off, they spent New Years Eve together, shortly after took a trip to Yellowstone together, and the rest became a long history of love. Greg and Rose married on June 27th, 1975. In their 46 years of marriage, Greg and Rose built a life together in the Glasgow/Fort Peck area, known by many in the community.

In 1979, Greg and Rose became parents to Zebulon “Zeb” Speer and became a family of three. Greg loved being a father and was proud to share his interests and hobbies with his son. Sharing many good times hunting, motorcycle riding, and uncountable hours in the water. Greg and Zeb shared a passion for swimming, snorkeling, and scuba diving. Greg’s happiness sharing these experiences with Zeb, could only be met with the experiences he got to share with his grandson, Ocean. He was ever so proud to see Ocean hunting, swimming, and dirt bike riding, carrying on the Speer traditions.

In 1991, Greg attended the Law Enforcement Academy and became a reserve deputy, Valley County deputy & DES Coordinator, and the chief of police in Fort Peck, MT. He retired from law enforcement in 2006. While Greg enjoyed his time in law enforcement, he really loved his time teaching scuba diving privately in Fort Peck for nearly 15 years. He was able to teach many locals how to scuba dive. He even helped start the Prairie Diver’s Club in Glasgow.  Greg also spent much of his time as an avid volunteer. He spent years as the head of the Fort Peck Volunteer Fire Department; 20 years as an EMT for the ambulance service in Fort Peck; and helped originate the Valley County Search and Rescue. Once Greg retired from both his law enforcement and scuba teaching, he went to work part-time as DES coordinator for Phillips County until his passing.

Greg clearly had many passions and enjoyed many activities. He loved outdoor activities of course. He loved good food and trying new things. He loved his pets and especially his dogs. He found his faith in God and was recently growing in spirituality. Most of all though, he enjoyed his family. Watching his grandson, Ocean, do anything was the highlight of his life.

Greg was preceded in death by his parents, Robert and Dorothy Speer; and his brother, Duke Speer.

He is survived by his wife, Rose Speer; his son, Zeb Speer and his wife Cedar, and their son Ocean; his sister, Debra and her husband Alex; his cousin, Marc, and other cousins; and numerous nieces and nephews.

Greg will be deeply missed by his family and friends. We will always cherish the good memories and times spent with him.