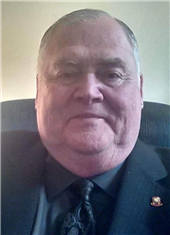 Gary Farnsworth passed away on July 12, 2021, in Minot, ND. He was born William Weeks, on January 20, 1947, in Poplar, MT. His birth parents were William Weeks Jr. and Lillian DeLong Weeks. He was later adopted by Vernon and Helen Farnsworth and raised in Fort Peck, MT. Gary was proud of being from Fort Peck and carried this pride with him throughout life.

Vernon and Helen raised Gary to be an enthusiastic outdoorsman, and the untamed area of Valley County contributed to his lifelong love of hunting, fishing, and camping. Gary attended both Nashua and Glasgow High School, graduating from Glasgow in 1965. While there he excelled in multiple sports, lettering in football, basketball, and track. He earned a football scholarship to Eastern Montana College, in Billings, MT.

While Gary was in Billings, he met Mary Paulbeck, whom he married in 1967. They had two children, Kari and Kris Farnsworth. Gary joined the United States Marine Corps, and later transferred to the United States Air Force, where he served in the Vietnam War. His service allowed him to live overseas with his family for a handful of years. However, in 1973, while Gary was stationed in Italy, Mary was diagnosed with Leukemia. This brought the family back to the United States where Mary later passed away.

In 1978, Gary married Susan Cobb. He also became a stepfather to daughter Stacy. Gary and Susan later welcomed their son Richard. Although they moved around often, the remainder of Gary’s service was spent in the United States. He retired from the Air Force while stationed in Minot, after 20 years of service. Gary and Susan later divorced in 2002.

Gary had a love of history and a sharp memory. This enabled him to recall even the smallest of details. In 2002, this led him to accomplish a lifelong goal of completing his college degree and he became a history teacher. Later he went on to complete his masters degree, and become the principal of Lame Deer School. In 2004, he married his high school sweetheart, Donna Wokal.

Gary was a dedicated adult volunteer with the Boy Scouts of America. He was also a member of the Masons, and Shriners. He took tremendous pride in teaching the younger generation. Whether it was in history, Scouts, the Masons, or Shriners, he was determined to instill a sense of community, confidence, determination, and personal responsibility.

Gary is preceded in death by his first wife, Mary Farnsworth. His parents, Vernon and Helen Farnsworth, as well as William Jr. and Lillian Weeks. Also by his siblings, Josephine Neutgens, Dorothy Balbinot, William Weeks, and Robert Weeks.

Gary is also survived by the numerous Scouts, Veterans, and students who were so much a part of his life.