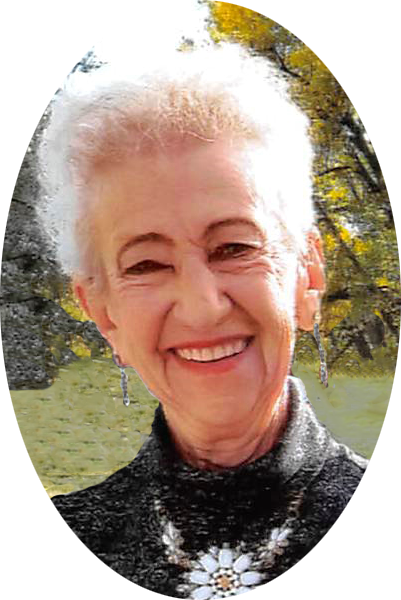 Evelyn Kemp was called home unexpectedly to be with her Lord on March 20, 2020 at Frances Mahon Deaconess Hospital in Glasgow.  Evelyn was surrounded by family until her passing.  Evelyn was just shy of her 90th birthday.

Evelyn was born in Ashley, North Dakota on April 2, 1930 to Reuben and Elsie (Strobel) Wagner.  She was the second of five children and the first girl.  Evelyn and her family moved to Montana in 1935.  She attended grade school at a little country school.  When Evelyn started school, she spoke German and had to learn to speak English, and learn it she did. Evelyn loved to visit with friends and family.

Evelyn grew up on her family’s farm outside of Circle, Montana.   During the winter, she and her siblings stayed at a house in town so they could make it to school.  Evelyn played basketball for the Circle Wildcats back at a time when girls only played half court.  Evelyn graduated from Circle High School in 1948.

Upon graduation Evelyn was offered a “little scholarship” to attend a secretarial college in Miles City but she decided to remain in Circle where she worked at the County Courthouse.  While working at the courthouse, Evelyn met her husband, Bill, who was working for Elmer Johnson near Circle.  Evelyn always spoke of how Bill would walk to town to spend time with her.  They had not been dating long when he asked her if he could put his shoes under her bed.  Evelyn said yes, and they were married on October 9, 1948.   They made their home in Glasgow where they raised their three children – Jennifer, Robert and Ronald.

Evelyn had several part time jobs while her kids were growing up including Buttrey’s Ready Wear, Farmers Union Elevator, the Valley County Welfare office, and Servisoft.  Evelyn took a job with the Glasgow Job Service as a clerk/typist in June 1965.  She worked her way up the ladder to an Employment Service Specialist and worked at Job Service for twenty-five years before retiring on December 31, 1990.  After she retired, Evelyn helped Bill with his custodial jobs traveling and doing upkeep for the Latter Day Saints churches in Jordan, Miles City, Glendive, Sidney, Poplar, Wolf Point, Malta and Glasgow.

Evelyn loved to be busy and loved helping people.   She and Bill helped with the first Community Thanksgiving Dinner, and it was something that Evelyn continued to help with after Bill’s death.  Evelyn helped in many ways over the year, including cooking turkeys, picking up and delivering turkeys, and lining up members of the LDS Church to cook.  Evelyn loved little children and her volunteer activities included volunteering at the Scotty Day Care.  Evelyn also volunteered at the hospital information booth.  She loved visiting with people that came to the hospital and doing little projects that she said helped keep her mind sharp.  Evelyn also made quilts that she donated to the hospital so they could be given to babies that were born there.  Evelyn often went to Valley View just to visit with whomever she might happen to run into.  Evelyn was always on the go and could be seen whistling around town in her blue and white blazer.  She also loved working in her yard with her flowers and was always outside checking to make sure that her solar lights were lit up at night.

Evelyn was an active member of the Church of Jesus Christ of Latter Day Saints where she was called on to serve in many roles.  Her favorite callings were those where she was able to work with little children, including the nursery and Primary.  Evelyn was also a member of Degree of Honor, where she had served as President.  She was a past Grand Noble of the Laura Rebekah’s Lodge and belonged to a local Homemaker’s Club.

Evelyn was honored in 1984 as Secretary of the Year, Volunteer of the Year for the Frances Mahon Deaconess Hospital in 2006, and as the Soroptimists’ Woman of Distinction in 2018.

Evelyn’s greatest accomplishment was her family.  Her family was her pride and joy.  Evelyn spent many hours watching her grandkids’ and great-grandkids’ events, whether it was a sporting event, school program, or dance recital. Evelyn was pleased as could be to serve as the flower girl at one of her grandson’s weddings.  Evelyn was “Gram” to not only her grandkids, but also their friends. It wasn’t unusual for her grandkids to bring their friends along when stopped in to visit and grab a pop.  She was so happy that the friends of her kids, grandkids and great-grandkids would make it a point to say hello when they saw her.   Evelyn considered herself very blessed to have that experience as she said that so many older people never got to have that friendship with young people.

Evelyn’s family has many memories of the Christmas Eve dinners that were always held at her house.  In the last few years, she said she was getting too old to host them, but the grandkids and great-grandkids said it wouldn’t be the same if we didn’t have Christmas Eve at Gram’s house.  She hosted many Christmas Eve dinners with thirty plus people in that little love-filled home where there was always a place for an extra person.

Evelyn will be missed by her family and many friends that she has made over the years.  Evelyn was preceded in death by her husband, Bill; daughter, Jenny Reinhardt; parents Rueben and Elise Wagner brothers. Lawrence and LaVerne Wagner and sister, Esther Enkerud.

A graveside service will be held Saturday, September 19, 2020 at 11:00 a.m. at Highland Cemetery.  The family requests that you follow the social distancing restrictions and wear a mask.  The family suggests memorials to a local charity or organization of your choice.