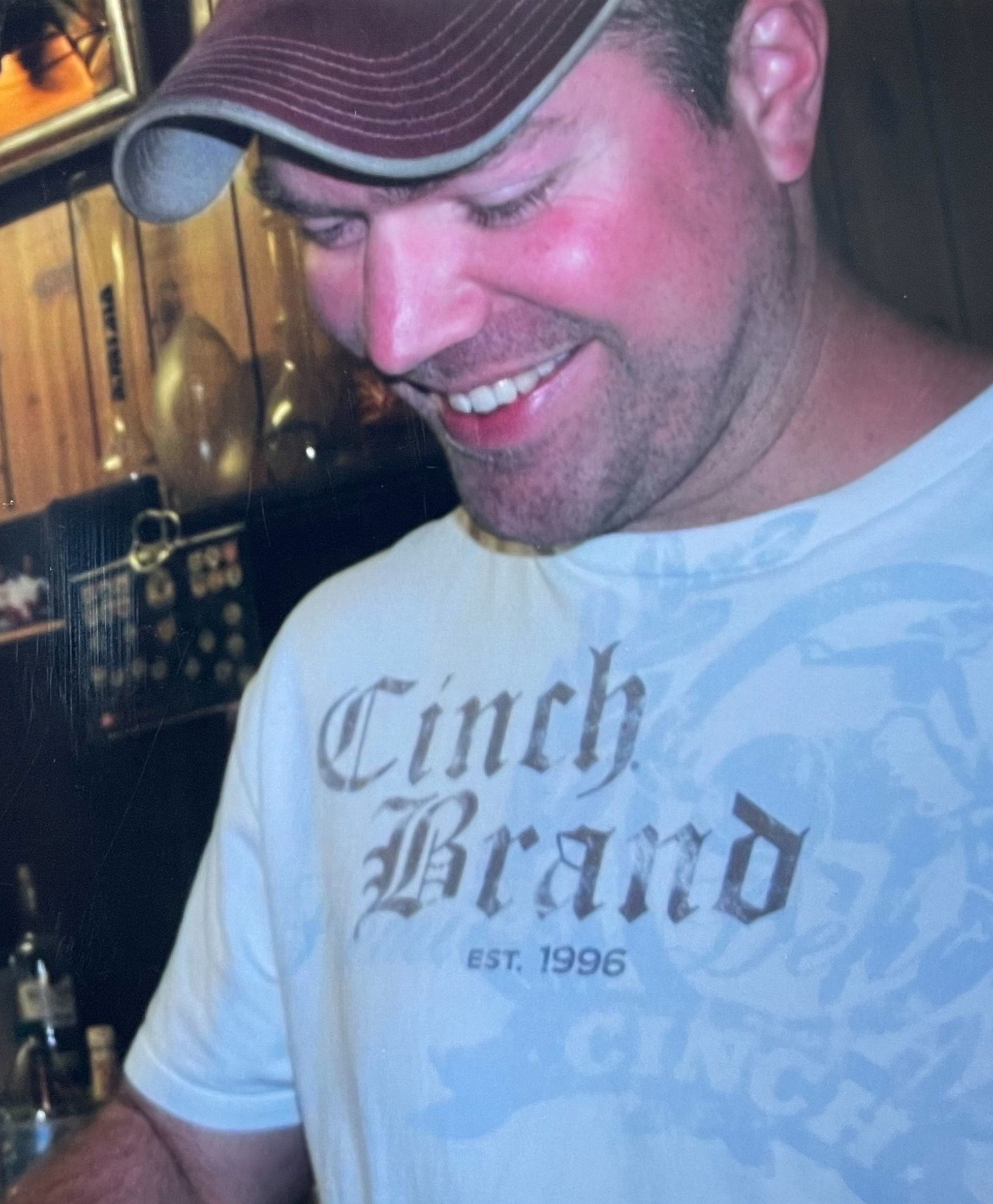 Dusty was born to Calvin and Peggy (Wienke) Shipp on June 22, 1981 at Frances Mahon Deaconess Hospital.  An infectious smile was evident through his younger years, growing immensely each time a new animal made its way to the Shipp camp.  He often said he understood animals more than people.  Considering those four-legged creatures had a large role in raising him, it should have come as no surprise.  Up to his death, family dogs nearly turned themselves inside out just to be beside him.  And how he lit up in return.

The smile grew as Dusty made his way through school.  He had the type of brain that worked without prodding.  Good grades came effortlessly.  That was fortunate considering that his extracurriculars often were not of the academic variety.  His brute strength and tenacity fueled him through Glasgow’s football program and, a show to his extreme loyalty, he was still helping to fire off the cannon each time the Scotties scored in their 2020 run to the playoffs.

Dusty bought cows, lived on the ranch, and worked a series of odd jobs before starting into a career with BNSF.  He had time to go back to those odd jobs after landing an extended furlough shortly thereafter. He powered through and worked his way into a position of relative seniority within the company.  While the railroad paid the bills, he actively took part in major ranch events smiling alongside the crew of oddly matched misfits helping to complete the task.  Ever eager to help a neighbor, he welcomed their call for an extra hand.

He adamantly loved his small family and developed tremendous bonds with individuals throughout the community.  At Monson’s Montana Bar, he was one of their own.  Oddly good at anything competitive, he amazed us all by bowling more than one 300 game.  You could audibly make out the ear-to-ear smile when he called to share the big news.

Dusty is preceded in death by his grandparents, Ralph Wienke, Myrtle Wienke Finkbeiner, and Sally (Boston) Shipp as well as his uncle, Jeff Shipp, and cousins Rusty Shuman and Cody Ames. He is lovingly remembered by his parents, Calvin and Peggy, and his sister Haylie Shipp.  He is also survived by his Grandpa Lawrence (Mary) Shipp, numerous aunts and uncles, cousins, friends, and his cat Bandit.  As Dusty so elegantly put it, “he’s an ass, but I love him.”

Cremation is taking place and a celebration of life will be held at 5 p.m., Saturday, January 16th at El Cor Del Lanes in Glasgow.  When the calves are bawling and the grass is green, Dusty will be taken to watch over the family ranch he so loved.