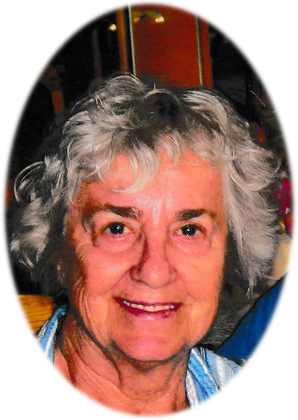 Darlene (Stenbakken) Durell, of Nashua, Mont., at 83 years young, passed away peacefully at her home Sunday, July 5, 2020, after a very short battle with cancer with several family members by her side.

No services are planned and cremation has taken place. A celebration of life will be scheduled at a later time on the family farm.

Darlene was born on April 8, 1937, in Nashua to Bernard and Myrtle (Berg) Stenbakken, of Nashua. She attended Nashua schools into the middle of eleventh grade. She married Bill (William) Durell on Feb. 5, 1954 and lived on the family farm located at Whatley for most of her life except for a few years in Eustis, Fla. Darlene was a lifelong homemaker, loved gardening and flowers, attended church in Glasgow, Mont., and Nashua, and spending good times with her family. She worked for several years at Glasgow Office Supply and the Valley County Extension Service.

Darlene was most proud of what she considered her three biggest accomplishments in her life: her five children for sure; going back to high school in Glasgow, joining her daughter Lori (Durell) to finish her education and earn a high school degree in 1975; and in 1989 both her and Bill earned an Associates of Nursing degrees in nursing and subsequently bachelors in nursing degrees in 1991. They worked at Columbus Hospital in Great Falls, Mont., for about a year. Their son, Dan (Lenore) Durell and their sons spent several years managing and working the family farm while Darlene and Bill decided to move to Eustis to work in various nursing roles in the local hospital community and be closer to their son Bernard (Lonnie) (Sandy) and grandkids.

One of Darlene’s favorite hobbies was as an artist, honing her painting and watercolor skills over the years. Her paintings were sometimes so real that the characters or scenes seemed to pull off the canvas right in front of you. She loved to paint birds, landscapes, sceneries, animals and later tried her hand at people. The colors she used were vibrant and beautiful.

Darlene’s other favorite hobby was spending quiet times at home or with her friends in the Glasgow and Nashua communities quilting. Darlene was a member of the Evangelical Church in Glasgow and started a quilting club and donated much of the quilting equipment. She made several beautiful quilts for her children, grandkids and great-grandkids as well as donations with her church friends to a multitude of charities and causes. She also loved to play cards, especially pinochle with her friends in the Nashua and Glasgow community, and with their dear friends, Bob and Shirley Elfring. She also tried her hands and patience with puzzles.

Darlene is survived by her husband, Bill, of Nashua; two sisters; Ardis House of Winnemucca, Nev., and Marlys Urdahl of Libby, Mont.; her sons; Bernard (Lonnie) (Sandy) Durell, of Weirsdale, Fla., Daniel (Lenore) Durell, of Glasgow; and Gary (Paula) Durell, of Billings, Mont.; as well as numerous grandchildren, great-grandchildren, nieces, nephews, and many friends and relatives.

Our wife and mother will be dearly missed. She always had a friendly smile and wisdom for everyone. She was a true and proud Matriarch for the Durell family and we all loved spending time with her. She is the last of our girls; Grandma (Clara), Lori, Micki, and now our Matriarch. May the all be together in heaven!

Thank you to all who either visited her at the farm or called to say hello during her last few weeks, especially the Quiring family and her sister Marlys. That meant a lot to her!

In lieu of flowers, donations can be dropped off at Bell Mortuary and condolences can be given at bellmortuarymontana.com.